On June 22, Yang Xiaopei, the producer of “Ancient Love Poetry” reposted a drama review article on Weibo that was titled, “Which Part of Zhou Dongyu is Ugly?” The article review itself attacked Zhou Dongyu’s visuals and claimed that people would quit watching the drama because of the actress not meeting the beauty standards of female leads.

After reading the review, the show’s producer called on the audience to “break free of the usual standards and formulas, and review the drama in detail, (as) everyone can see our intentions and sincerity.””. 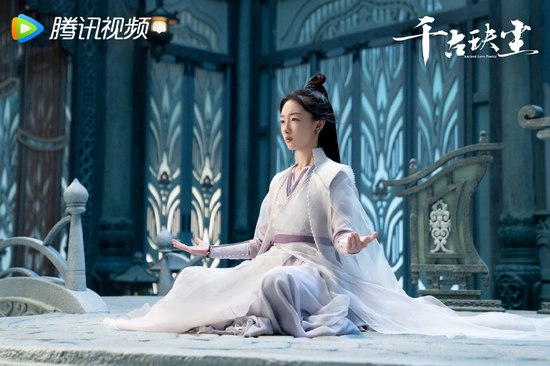 *Comment reactions in this segment are regulated and written by followers of Yang Xiaopei on her Weibo post. Followers can only write comments after 7 days of following the public figure as a measure taken by Weibo.

[ + 2025 ] Dongyu is very good, Xu Kai is very good. Every actor is great, even the special effects are good. This drama is really being attacked by the whole internet. Various discussions were bombarded by the scoldings of people who didn’t even watch the drama. The blurred pictures and tapes that were shared by them were brought to the spotlight. They have obviously never watched the drama, and even pretended to be a fan of the book. Recently, the number of people who really liked the show has gradually increased, but today it started again. The vague video of the martyrdom scene was sent out, and the male and female protagonists got attacked again.

[ + 2100 ] I hope that the aesthetic taste of the domestic audience would stop being be so monotonous, and that domestic actors will not be judged based on looks again. The diversity of faces and the tolerance for beauty is especially needed in our market and hard to come by. If a successful young and promising actress continues to be still trapped in the criticism of beauty under some pathological aesthetic standard, then I can only think that this is a sad era to live in. Obviously there are so many adjectives to describe a person, but you are only willing to look at her in the most superficial light.

[ + 997 ] Sister producer, I have watched 14 episodes carefully so far, and for each episode I swipe for it twice. I can see the diligence of the crew and the actors. The drama’s reception among the antis in the first week is still good, and it has started attracting drama fans. I hope that the drama publicity team can study the marketing strategy again, and not let the good dramas be buried

[ + 663 ] Support, support, and I feel that Dongyu is so natural and impressive!

[ + 441 ] This drama is an elaborate work, but at the beginning, the antis have disrupted the pace of the drama and its hype. The publicity team has no power to fight back. If the drama’s marketing team still wants the show to come back to life, then hurry change the publicity and distribution marketing team. Be fast!

[ + 213 ] We are now guessing every day, what mistakes will be made today to hand a knife over to the antis. They will attack the protagonist, the plot, and even the screenwriter’s mother. It is an eye-opener for me as it is the first time I watched the a drama that full of such operations.

Netizens Discuss The Incident on Weibo

*Posts written in this category fall under a dedicated hashtag discussion. All posts are not regulated and netizens can voice their thoughts. Posts are translated according to upvotes at the point of translation.

[ + 798 ] Zhou Dongyu’s accolades can only prove the upper limit of acting skills. It doesn’t mean that her acting skills are always there. If she scores 80 points the previous time, does it conflict with how she scored 20 points this time? Bad acting is bad acting and looking ugly just means you look ugly. What’s the big deal about a “movie goddess who descends back on earth”? Must movie calibre actresses necessarily be more noble than TV calibre actresses? If that is the case, please, fans, go and ask your movie goddess to go rise back up to the sky, don’t go walk back on earth, when it’s her who descends back down to the world, we are the one who suffer. ​

[ + 324 ] Fans are crazy and therefore say it’s good, good, good. Whereas passers-by will say that it’s a terrible show, terrible show. Everyone, as Chinese citizens, can we learn the what is the “average” of [these opinions] and make a compromise? This drama is indeed terrible to watch.

[ + 185 ] If this drama really gets a shoddy reputation because of the antis, then I can only say that I am greatly disappointed with the domestic drama environment. Who will act in a drama seriously for the majority of the audience in the future? Even those who have watched an episode of the drama would not say such stuff.

Regardless of the superb special effects of this drama that has surpassed all previous TV dramas, you can see the creative intentions, the idea of ​​equality among all beings present. There is also the idea of ​​women’s independence throughout the drama, the most noble one. The main god is the female lead. Alternative explanations about the Cowherd and the Weaver Girl, and the female lead wanting to attain the male lead’s Godly operations all express the original creator’s imaginative world.

If this is called shoddy, then I am afraid that in the future, Chinese TV drama audiences will have to watch more shoddy rubbish dramas than this one year after year. Exactly who gave someone the power to control the antis and even gave them the guts to poison all the audience’s reviews?

Are you just so afraid that a well-made drama will be seen and liked? I’m afraid that in the future, the audience’s aesthetic taste will improve and they will no longer look down on some junk dramas that they really don’t care about that just wants to make quick money!”

[ + 135 ] She played a historical costume drama role. It’s inappropriate not suitable. Don’t find another reason for this. When is this a problem about ugliness? What are those long reviews about? Are they trying to talk about inner beauty?

[ + 66 ] But what if it’s indeed just ugly and unsuitable? You can’t cover up a person’s mouth and not make them speak, otherwise just stop acting in TV dramas and act in movies okay?”