Many Chinese celebrities have come to Yamy’s defense on Weibo after she exposed an audio recording of her boss attacking her appearance and abilities in a meeting where she wasn’t present. On the morning of July 21st yesterday, Yamy Guo Ying, the former leader of Rocket Girls 101, voiced out that she was humiliated and verbally abused by her boss, Xu Mingchao. Fellow former Rocket Girls members show that they have Yamy’s back with touching words of support.
Meng Meiqi: “I have your back”.
Yang Chaoyue: “You’re the most beautiful, whoever who scolds you is my enemy. Don’t be afraid, your sisters are here for you. There is no need to judge the beauty of confident girls 🙂
Zhang Zining: “Beauty will not be defined by this one person. There are more people who love you, we will always protect you. *heart*
Sunnee: “Yamy, we define our own beauty, you are the best leader of our Rocket Girls 101, everyone doesn’t have it easy, we hope that everyone is healthy and happy everyday. You have me at your back. Making music together is what I’ve always talked to you about, I’ll wait for you. As for others I won’t have a say, good people have good karma, bad people have bad karma.”
Wu Xuanyi mentioned Yamy on Weibo with a picture of a rabbit carrying a dead rabbit’s head, seemingly to allude at Yamy’s originality and uniqueness: “Classic is classic. [Its] Unable to be copied or duplicated.”

Wu Xuanyi responds to the incident with this post

Lai Meiyun: You’re the only one of a kind in this universe, Yamy!
Xu Mengjie: From today onwards, live for those who cherish you and can make you happy. Don’t lower your head for any evil forces, you are everyone’s treasure. You are my perfect partner, don’t let anyone harm you and don’t lower yourself to the evil forces. Some people don’t cherish you but your sisters will.
Duan Aojuan: Dedicating your future in the hands of your partner, initially it was full of trust and the journey was full of anticipation, initially the mentality was to conquer everything that would lie ahead of you. But the partner did not cherish you, and even heartlessly crushed your dreams like that! Your emotions have also been abused! Really upset to the point where my hands are trembling! I am warning everyone not to bully our big leader! Yamy, don’t be afriad, I will hug you! You deserve better!!!!
Fu Jing: You are the best duck, the prettiest girl, the coolest. Supporting you until the end!

Singer Huang Zitao, who was formerly Yamy’s mentor in the survival show, Produce 101

“The person who was scolding others and who got recorded for doing that, can’t we all see that [this person] the way they talk in the company is just disgusting? Being the boss? Earning money? You’re suitable? You have money? Just this???? At the beginning why did you want to sign [her]???? Those who send idols to survival shows and without even training them, just waiting for luck to help them earn money for the company. Even those who only sign artists after they get chosen by the survival shows, those who hold idols to their contract just to waste their youth and then point their finger at contract termination damages, they will be defensive when they read this right? In this industry you don’t understand that there are so many disgusting things, but karma get back at them.” “Your appearance on stage is what I respect the most. Your sincerity in life radiates the most warmth. You see, there are many who care about you and admire you. So usually you’re not bad at all. Living and being your best self, that’s the most beautiful. Take care of yourself.” “This is too ridiculous… can’t you respect females?
[to Yamy] I think you are really beautiful, chic, and fashionable. *heart emojis*” 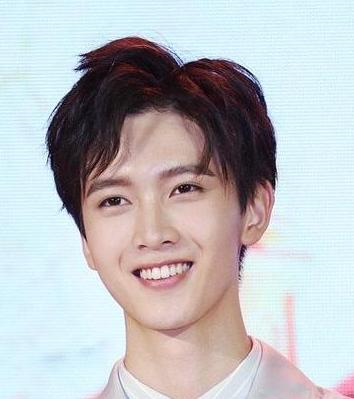 “Being a virtuous beauty is a form of strength. Keep going!”

Nine One, rapper and former Youth With You contestant commented:

It’s reassuring to see that many figures in the entertainment industry, including other actresses, singers, boy group members, former band mates, survival show contestants, and so on stand up for Yamy on this controversial incident.

Xu Mingchao In Letter To Yamy: If Your Purpose Was To Terminate The Contract, There Is No Need To Cause Such Colossal Alarm

This incident also brings out another important and perhaps a deeper issue, one that especially surrounds the Chinese entertainment industry – who determines and sets the beauty standards of idols and celebrities?

Feel free to let us know your thoughts in the comments below.