On May 2nd, Luhan wished his former EXO bandmate Huang Zitao a happy birthday at 12.01AM on the dot!

To celebrate his friend’s 27th birthday, Luhan wrote an adorable message on Weibo to Huang Zitao:

Today I’m the most handsome in the universe, Luhan ge? Haha. The cake is too beautiful ????Love you ❤️

It has been a long time since both Luhan and Zitao shared the same stage together, and they are now even publicly communicating with each other again. These adorable moments by Luhan and Zitao are surely moments that fans of EXO-L has been long waiting for.

What do you think of this adorable interactions between the two? 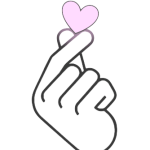 Huang Zitao Started L.Tao Entertainment For The Happiness Of Every Artist: I Don’t Rely On This To Make Money