Dramas lined up for release as announced at Tencent 2020 Annual Press Conference event.

Tencent has recently revealed their full list of new dramas for the upcoming year ahead at their 2020 Annual Press Conference event.

Many highly anticipated dramas, such as “The Golden Hairpin”, “Legend of Fei”, “You Are My Glory”, The Long Ballad” and more have been lined up for the year ahead.

Among the list of Chinese historical dramas that will be released include the following (non-exhaustive list) among many others:

Among the list of emotional dramas to be released include the following (non-exhaustive list) among many others: 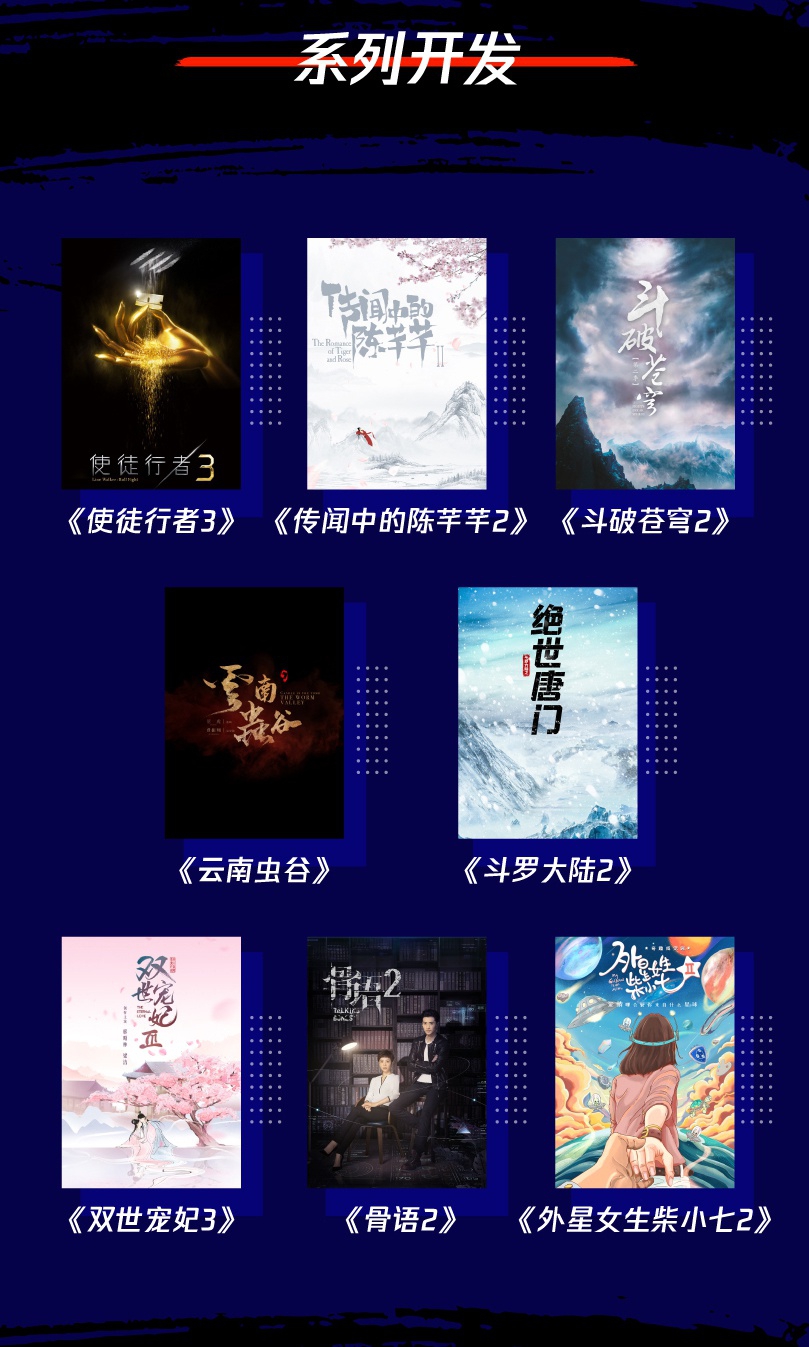 In addition to announcing the sequel to “Mojin: The Worm Valley (云南虫谷)”, other serialised dramas also include “Fights Break Sphere 2 (斗破苍穹 2)”, “The Romance of Tiger and Rose 2 (传闻中的陈芊芊2)” and “The Eternal Love 3 (双世宠妃 III).” The narratives of these dramas will be continued on from the original drama series among many others!

The first China-Africa cooperation funded project is documented through the new drama, “Brave Heart (大国担当之勇敢的心)” which was adapted from the true story of the Chinese medical aid team in 2014 in its attempts to fight against the “Ebola” virus in Africa.

“The Bond (乔家的儿女)” and “My Super Hero” produced by Daylight Entertainment will also be released.

The drama “Together (在一起)”, will be based on the war against the coronavirus epidemic.

Popular actor Hu Ge will also be making his first drama comeback since 2017 with the show, “Blossoms (繁花)” adapted from the Mao Dun Literature Award-winning novel of the same name with Wang Jiawei as the director and producer.

The final segment of new dramas slated for release fall under the theme of “innovation”, one of which includes the science fiction drama “Three-Body (三体).” The main cast for this drama includes Yu Hewei, Wang Ziwen, Li Xiaoran and the chief producer Bai Yicong has also been appointed.

The mystery and thriller drama “A Murderous Affair in Horizon Tower (摩天大楼)” also stars Angelababy as one of the main leads, along with Guo Tao and Yang Zi Shan.

Are you excited for the new and upcoming dramas for the upcoming year ahead?