Earlier this year, fans collaborated with Xiao Zhan’s official studio to form a charity organisation in the name of Xiao Zhan. One of the projects that the organisation took part in recently was a “Xiao Zhan Kindness Uniform” project. As part of the project which took place earlier this month, fans raised funds to help donate new school uniforms to underprivileged students in the Guangdong Province.

However, the recent uniform donations made by Xiao Zhan fans sparked much controversy online. The event organizer ended up having to respond with with a public apology as a result. 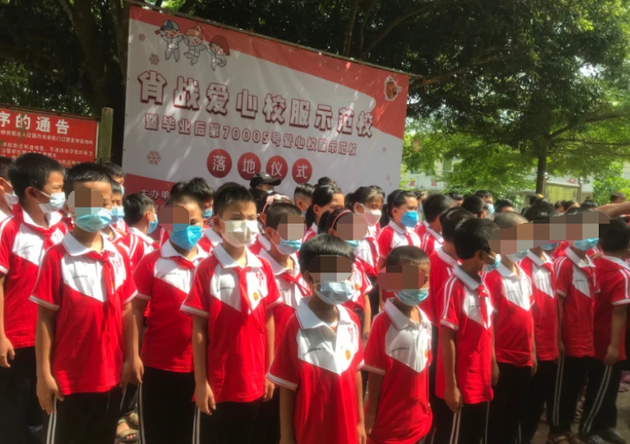 Upon receiving the new school uniforms, many students wore it to participate in the celebratory event. Among pictures taken at the event, the word “Zan (赞)” which bears the literal meaning of “praise”, was observed in a big print on the uniforms of the children. Although the word did not seem to have any negative meanings at the beginning, it started causing unhappiness among netizens as it circulated online. Some began to say that because the word “Zan (赞)” is phonetically similar sounding to Zhan (战) (the Zhan in ‘Xiao Zhan’), and allegations that the fans were trying to allude to Xiao Zhan on the school uniforms of the children began pouring in.

The word “Zan (赞)” was observed on the uniform of the students, causing anger among netizens who felt that the word alluded to Xiao Zhan (i.e. Zhan for Xiao ‘Zhan’)

This also brought back suspicions that Xiao Zhan’s fans were using public resources to “idolize” Xiao Zhan and to “promote fan culture” within the school campus. Such an issue is particularly sensitive among Chinese netizens, as it is not unprecedented. Less than a month ago, one of Xiao Zhan’s fan, who was a teacher, encouraged her whole class of students to show fan support for Xiao Zhan by dancing to a song.

#XiaoZhan 's studio responds to a news report where a fan (who worked as teacher) got suspended from her duties as she unprofessionally asked students to dance in a video as fansupport for XiaoZhan.

"[We] hope that every person can do something meaningful for society instead." pic.twitter.com/E9tz2yoVPP

Since then, numerous opinion articles have arose in China emphasising on the need to separate fan culture from formal work life and school activities.

A teacher was also suspended for encouraging her students to learn about “cyber violence” through using Xiao Zhan’s AO3 incident as an example.

A Chinese teacher from E.China's Fujian Province was suspended after encouraging students to learn from star #XiaoZhan during a "cyber violence" class, sparking controversy on social media. @xiaozhan_global https://t.co/J3j5JlldGr pic.twitter.com/2NJe5tbBMm

Xiao Zhan himself also spoke up on the issue, stating that he does not need fan support and that fans should know how to separate between their work and personal lives.

“Please listen to me seriously again! Please put your study, work, and life ahead of idols. Study hard, work seriously. Fulfil your tasks and responsibilities, follow the rules and limitations of your jobs. I don’t need fansupport.” pic.twitter.com/nfQPTVOFwG

In response to online criticisms, the organizer of the event published an official apology via Weibo on 5th June to address the controversy.

In the message, the organizer conceded that due to poor planning and the lack of careful deliberation by their staff, the words the word “praise” on the shirt was originally intended to mean “strive to your fullest potential”. During the process of designing the uniform, the organizer had not contemplated for the word “Zan (赞)” to mean anything malicious that is being debated on the internet.

Subsequently, the organization has also recovered the uniform donations from the students. 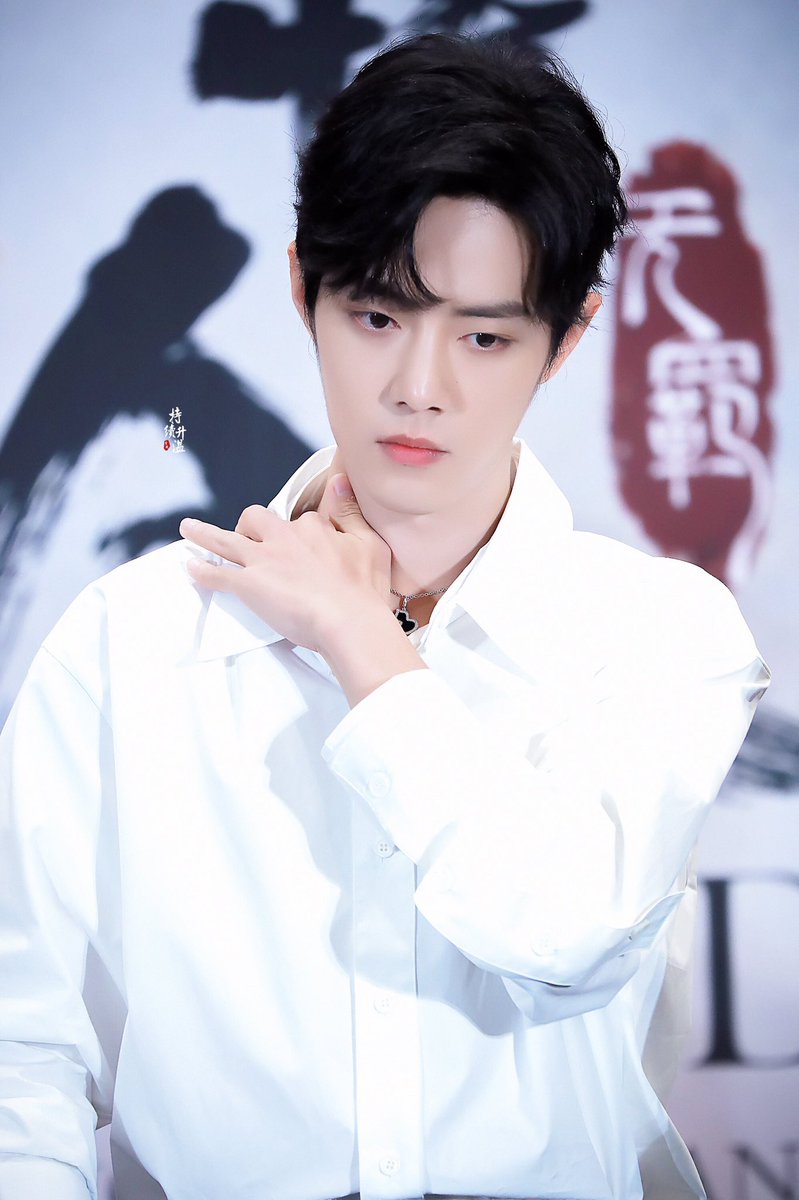 Fans of Xiao Zhan react to the controversy

The statement of apology by the organizer caused dissatisfaction among the fans of Xiao Zhan.

Some were of the opinion that the disapproval directed towards their idols should not be brought into the picture as far as charitable causes are concerned. More importantly, they felt that the decision to recover the school uniforms merely due to some online allegations that the uniform promoted ‘idol culture’ was unfair to underprivileged children. Many felt that the donations were meant for the students in the first place as beneficiaries of the charity fund.

Top comments include: I don’t think it’s necessary to listen to the haters. The word itself is capable of so many meanings, and I initially did not even know that 赞 could be taken for Xiao ‘Zhan’! It all takes one keyboard warrior to take down our charitable intents….

Others also expressed: Maybe the like button (赞) should be removed from Wechat, since it also stands for Xiao ‘Zhan’, according to the logic of the anti-fans.

What do you think of this issue? Share your thoughts and comments with us below.

#Xiao Zhan
Previous Post
What Your Favorite C-pop Celebs do in Quarantine
Next Post
Liu Yuxin from THE9 Drops First Solo MV, “BEATHOLIC”!