Lin Yi recently shared his skin care tips with fans at the Lancome brand event showcase. The actor has not been selected as Lancome’s brand friend without a reason – his skin is something many of his fans would dream to have.

So what truly is the secret behind his gorgeous skin? 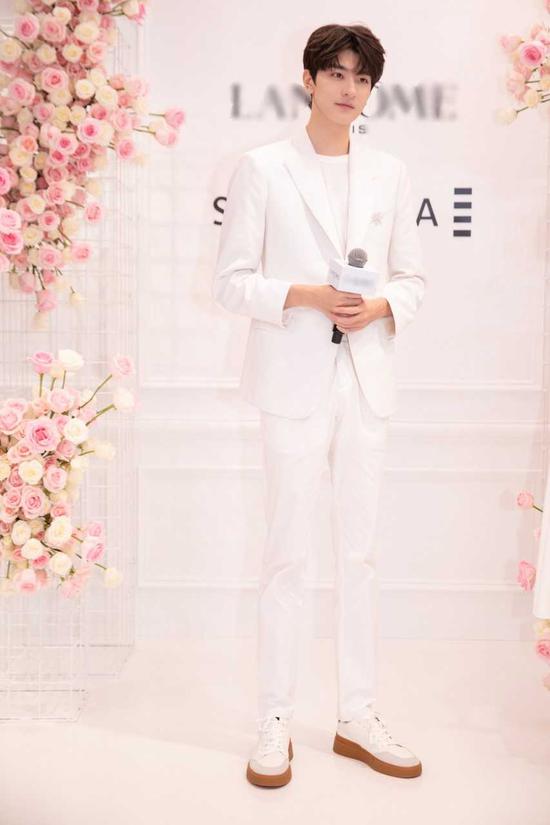 One of the questions posed by the event host was aimed exactly to help the many fans who showed up at the event to find out the answer. Was there a particular skin care routine he used to achieve such killer visuals?

It turned out that Lin Yi’s secret to maintaining his clear skin is simple: rest well, be in a good state of being, and also exercise regularly.

Lin Yi, who is about to graduate from university, said frankly, “After graduation, I will have more energy and time to focus on work, working hard, and also filming well.”

When asked about his future work plans Lin Yi revealed that his new drama, “Memory of The Encaustic Tile” will be broadcasted very soon. He will be starring alongside Yukee Chen Yuqi in the modern romance drama.

He will be be playing the character, “Zheng Su Nian” with a radiant and warm personality, who grew up being influenced by traditional Chinese culture. Compared with his previous roles, fans can look forward to him portraying a new set of character traits and profession. This would be in contrast with the idol-drama image that fans are used to seeing him portray.

While it is easy to preach the necessity of resting well and sleeping enough to achieve flawless skin, the hustle and bustle of our lives may make it hard for average fans to do this. Do you have a transformative skincare routine you would like to share with everyone? Comment below and let us know!