Liu Yuxin’s music studio was established on the 26th of November 2020, as fans discovered its presence through the Qichacha APP. 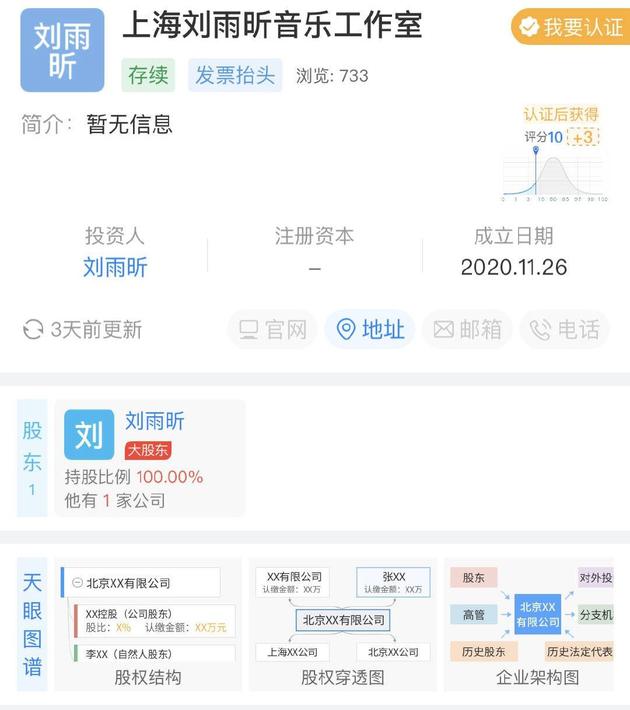 The company, named as “Shanghai Liu Yuxin Music Studio” was categorized as one that belonged to the entertainment industry. It is structured as a sole proprietorship based in Shanghai and Liu Yuxin herself holds full ownership over the shares in the company.

Congratulations to Liu Yuxin! Fans can surely look forward and anticipate for more musical works by Liu Yuxin as she now has a special entity dedicated to developing her music career.

#Liu Yuxin #THE9
Previous Post
Guan Xiaotong Seemingly Responds To Criticism About Her Acting Career: Everything Is Good, Except That I’m Not Good Enough
Next Post
Meng Ziyi Responds To Controversy Surrounding Her “Internet Celebrity Face” Following Criticism By Guo Jing Ming