On 19th September 2020, the People’s Court of Xuyong County in Sichuan Province publicly sentenced the perpetrator of the fatal car accident involving Tan Song Yun’s mom, Ma Minghong, to 6 years in prison. It was revealed during one of the trials that Ma Minghong was Tan Songyun’s classmate from elementary school. On the day of the accident, 31st December 2018, the defendant Ma Minghong was drunk after a night out with friends at a karaoke bar. He then drove a small car towards Xiwai Street, hoping to buy firecrackers. At about 23:50, when the vehicle reached the intersection of the road, it ran into the victims who were walking in the same direction on the right side of the road.  While all of the three victims were injured,Tan Songyun’s mom was the only victim to eventually succumb to her injuries after a few weeks in a coma.

The defendant escaped after the drunk driving accident and only confessed to his crime while accompanied by his family on the night of 2nd January 2019.

A day before the sentencing, Tan Songyun had already made it clear through her attorney Zhang Qihuai that all damages received from the lawsuit will be donated to the charity, no matter the cost.

According to her lawyer, what Tan Songyun sought to achieve from the trial was to fight for the justice that her mother deserved. 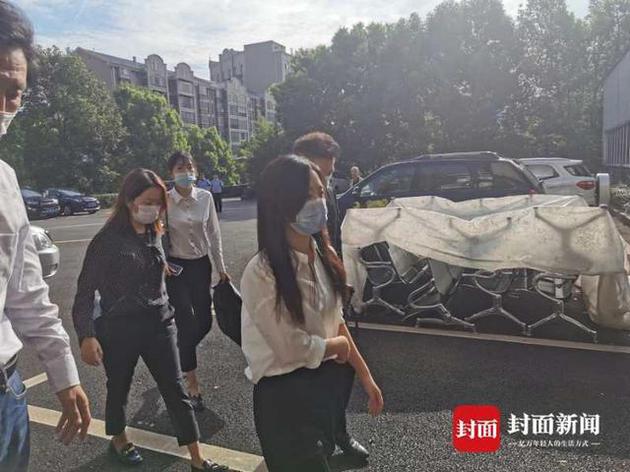 As soon as the sentence was pronounced, the topic started trending on Weibo.

The outcome of the sentencing called for the compensation for all losses of the plaintiff in the incidental civil lawsuit with Tan Songyun’s family entitled to damages totalling up to RMB 920,048.88.

Many netizens were satisfied with the outcome and some even called for a heavier sentence, as Tan Songyun herself has been mentally aggrieved by the situation since its occurence. She also expressed in an interview that she regretted not being by her mother’s side before the accident on New Year’s Eve.

She also expressed that she would give anything to have her mom back by her side again, causing many netizens to feel her acute heartache.

Tan Songyun’s Studio Responds To Thank Netizens for their support

Following the public announcement of the sentence, Tan Songyun’s Studio has since stepped out to thank netizens for their support in an official statement:

“In response to this judgment, our artiste and her family have yet to express their views.

Thank you all for your concern and support. We have always believed in the objectivity and fairness of the law. We also call upon everyone to remain sensible and to respect the rule of law while also maintaining a conducive online environment.

We must resolutely refrain from drunk driving! May such tragedies never happen again!”

We hope that the wise advice of her studio can be heeded and may the actress be at peace now that due justice has been served.

Stay updated on the latest C-pop news through our telegram channel.