Hua Chenyu, referred to lovingly as Hua hua, is one of the biggest C-pop artists born in the post-1990 generation. Recently announced among GQ Men of the Year 2020, he is known for beautiful voice, out-of-the-box musical sensibilities, and adorable personality. His newest album “New World” released April 2020 included his previously released singles and new tracks like “Bullfighting”, “Madhouse”, “I really want to love this world” and is one of the biggest C-pop albums of this year. His studio albums showcase his musical growth and his foray into different musical styles throughout the years.

But, some of his artist-defining songs have come not from his album. For this article we will be looking at Hua Chenyu‘s top 7 singles (not included in his four studio albums).

Theme song of the movie Wu Kong (perhaps better known as “Monkey King”), this hauntingly beautiful song mixes Huahua’s powerful rock-style vocals with operatic and rap styles to tell the story of Son WuKong – a rebellious monkey who considered himself above the heavens from the popular chinese myths The Journey to the West. This song was further popularized by Huahua’s performance during his first appearance Singer 2018, which he also won the best performance of the week for.

2. Seek (寻）
Hua Chenyu was a regular member of the variety show Divas Hit the Road 3 and sang the theme song for it. An youthful and upbeat song about journey being as important as the destination, it is a breath of fresh air as the songs in Huahua’s repertoire tend to be too dark and deep sometimes.

Once upon a time a young Hua Chenyu took part in a variety show that required professional singers to arrange randomly assigned songs within 24 hours to PK with amateur singers. The Next seasons 1 and 2 stamped Hua Chenyu‘s identity as a musical genius and gave us so many unique and powerful renditions across varieties of genre. One of his biggest challenges in the show was when he was assigned an 8-bit tune from the famous 90s video game Contra. After playing the game all night for inspiration, this song is what we got – story of a character surviving through the game landscape where there is one battle after the another. The imagery is vivid, the melody is addictive, and one is hard pressed to remember that he wrote it in under a day. The song even went on to be one of the top 10 most streamed songs in Mainland China in 2017.

Another OST from the 2016 movie “The Bro Who Slept on My Upper Bunk Bed” is a coming-of-age story laid out in musical form. Hua Chenyu‘a biggest strength has been his ability to express his emotions into his songs to make it feel real and personal. When he sings “You go on a rampage/Till you can’t go any further”, it’s the story of new adults still going through teenage angst. The last lines “Drifting Alone/Maturing alone/You went through the snowstorm all by yourself” shows how lonely the process of growing up really is.

5. IQ 250
IQ 250 is the character theme for Master Luban Seven in the popular game Kings of Glory. The song has a cheeky feel to it, and Master Luban effortlessly brags about his strengths while trash talking his opponents. It also has a meta feel as if Huahua is directly talking to his own haters that put him and his efforts down at every opportunity by saying he is happy doing what he likes doing and is not seeking validation from strangers.

6. I’m Boring (无聊人）
This introspective, almost self-deprecating, single gives us a look into a person who is introverted, struggling with self-identity, and trying to find his place in a world they cannot understand. The lyrics are very simple and straightforward, and that makes it even more relatable. The “I’m boring” in the chorus is designed to the soft, insecure part of the listener and Hua Chenyu knows how to put his emotions into his music as well as draw out ours.

7. Because This is Not the Last Day (你要相信这不是最后一天）
Dedicated to all the frontline workers and persons suffering through the Covid-19 pandemic in Huahua’s hometown of Wuhan. It is a powerful ballad with a message of strength and hope, and the inclusion of background voices in the local dialect has the added human touch of making it about the people who were suffering through the pandemic and strict countermeasures at the time. Huahua first perfomed this song during Singer 2020.

Which of the above is your favorite? Which other single do you think should have made it into this list? Share your thoughts and comments with us below!

This is a fan contributed article part of our featured celebrities series. To contribute an article about any C-pop idol, drop us an email at dailycpop@gmail.com!

Stay updated about the latest C-pop news through our Telegram page!🌟 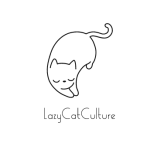