Eason Chan Tells His Daughter That He Has a Higher Standing Her Idols Wang Yibo, Cai Xukun and More!

Eason Chan revealed in a recent interview that his teenage daughters has introduced him to some idols in the Chinese entertainment industry. 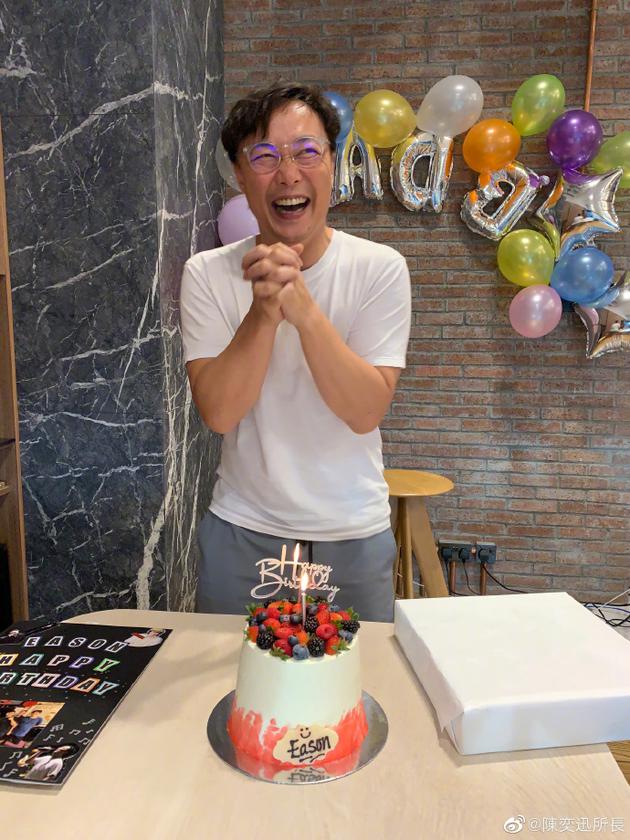 In an interview, Eason Chan also revealed that leant about Wang Yibo after watching the variety show “Street Dance of China.” He also thought that Jackson Yee from TFBOYs was cool after watching his award winning movie, “Better Days.” Aside from these two stars, he also took notice of NEX7 member Fan Cheng Cheng. Eason Chan’s daughter also introduced him to Cai Xukun and Tong Liya (pictured left to right)
He later revealed that his daughter had also introduced him to Cai Xukun and Tong Liya. However, then replied to his daughter in a tongue-in-cheek manner, saying, “Your idols, they all still call me Eason ge! They may be more popular than me, but my place [in the industry] is higher than them!”
Neitzens on Sina Entertainment were quick to validate the truth of his statement, with the top comments stating:
[+56] But but… what [he said] is correct.
[+40] There is nothing wrong with this statement at all!
[+32] Haha, it’s logical.
Though it may seem like a bold statement to make, Eason Chan is indeed a highly celebrated singer and veteran in the Chinese music industry. In a long spanning career which saw him release over 45 studio albums, has also won numerous awards, such as the  Best Mandarin Male Singer three times which is the most of any singer (tied with Johny Yin) for the Golden Melody Awards. He has also participated in previous seasons of Sing China as the judge.
If you haven’t already heard his songs, you can try listening to his ballad “Us” for the movie, “Us and Them”. The song has been covered widely by famous C-pop singers such as JJ Lin and also Hua Chenyu.