This year, the Dragon Boat Festival falls on the 25th of June!

For some who may be not yet aware, in China, the Dragon Boat Festival is a public holiday commemorating the life and death of the Chinese scholar, Qu Yuan.

Qu Yuan was originally appointed as a minister for the Chu but was ousted for refusing the alliance of the much larger and more powerful Kingdom of Qin. When the Qin eventually conquered the capital of Chu, Yingdu, the general felt that his grief too much that he chose to commit suicide by drowning himself in the Miluo River on the 5th of May of the Lunar Calendar.

As the townsfolk were touched by the patriotism of Qu Yuan, they all started rolling their boats to save him. The act of saving Qu Yuan was the beginning of the dragon boat races during this festival. After they had failed to retrieve his corpse, they threw packets of sticky rice into the river, hoping the fishes would eat the rice instead of his body.

Thus, Chinese people started to serve rice dumplings (i.e. zongzi) every year on the same day when Qu Yuan committed suicide, which happens on the fifth day of the fifth month of the Chinese calendar.

To commemorate this special day, many would would eat rice dumplings, drink realgar wine, and race dragon boats for reasons as mentioned above.

Following the tradition, many Chinese celebrities shared new photos on social media on how they have spent this special holiday.

On Oasis, Xiao Zhan shared a photo of his rice dumplings accompanied by a sketch wishing everyone a Happy Dragon Boat Festival.

#XiaoZhan wishes fans a Happy Dragon Boat Festival on Oasis with a new sketch and photo of a rice dumpling.

"Wishing the best of health, be well." pic.twitter.com/dJnEnf6lSu

The popular actress Zhao Liying also posted on Weibo, telling fans that she had “sent a dumpling.”

Chuang 2020’s mentor Victoria Song also shared a beautifully decorated selfie to greet her fans. In the selfie, many stickers such as “eat rice dumplings” and even the ingredients of what makes a good rice dumpling can be observed (i.e. salted egg yolk, peanuts, red bean, mushrooms etc)! 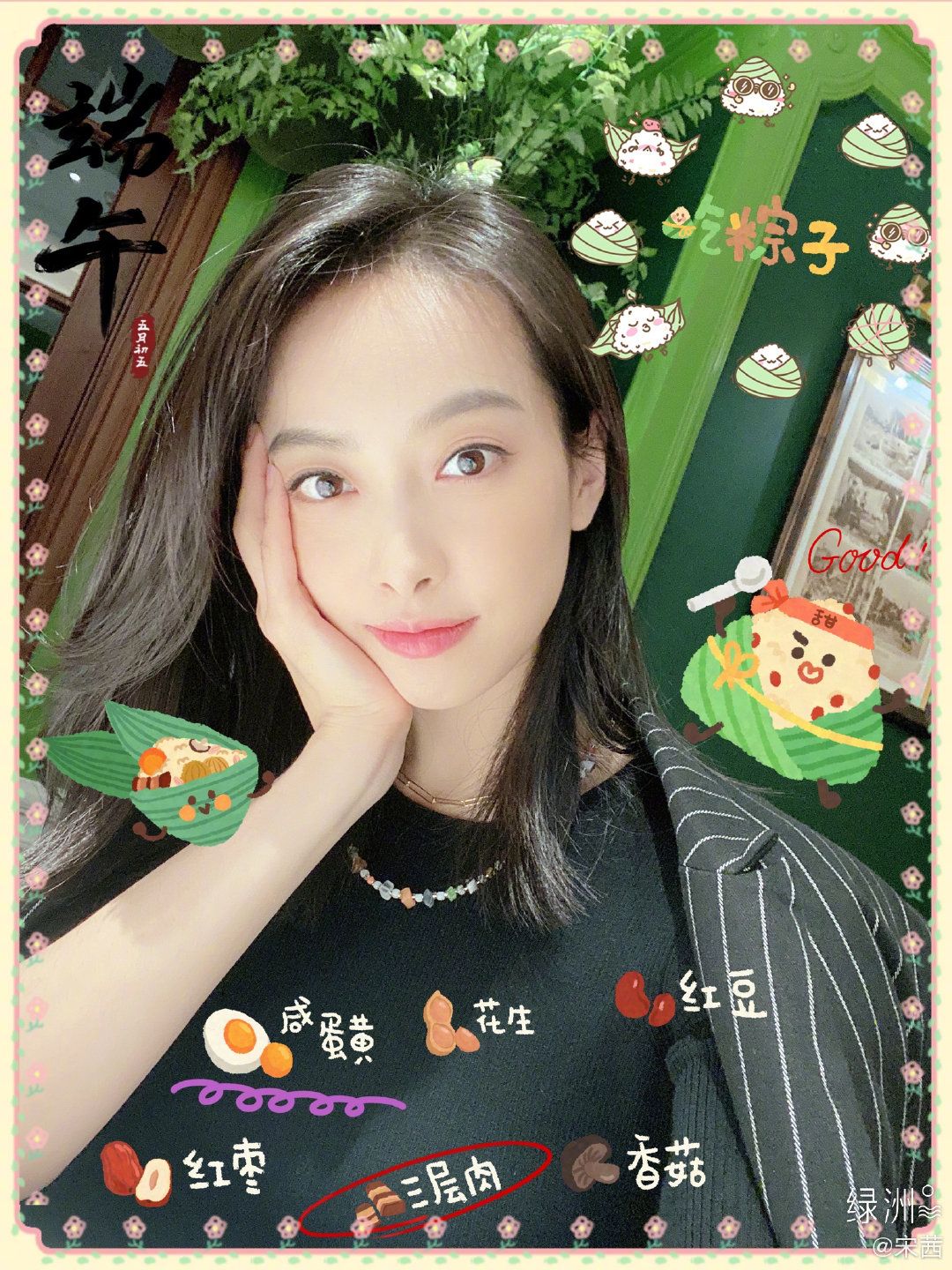 Members of THE9 also wished their fans a Happy Dragon Boat Festival with drawings of their own individual rice dumplings! Can you guess who drew which?

All members of THE9 drew their own rice dumplings!

Some of the members from The Untamed Boys have also posted their well-wishes, including Li Bowen who took to Twitter even to wish his fans a happy holiday!

Song Jiyang also shared a cute selfie with a rice dumpling edit in a selfie on Weibo!

Singer-songwriter Hua Chenyu decided to share a plain yet adorable selfie, asking fans to have a good holiday.

Former trainee of Youth With You, Liu LingZi also sent her well wishes to fans!

Some celebrities have chosen this holiday to take a huge rest and to eat a big meal they’ve been craving for awhile such as the lively and adorable actress, Shenyue! In new latest Weibo updates, she shared fresh photos of her merrily feasting a meal of what appeared to be mala seafood feast during the holiday.

#ShenYue is out and about enjoying a big meal for the Dragon boat Festival!

Others like Cai Xukun chose to upload a self-portrait instead, delivering their holiday greetings in the form of the Weibo caption, “Happy Dragon Boat Festival”

While C-pop girl-group SiS also shared an animated greeting to all their fans!

At this point, some of you may be really curious what exactly a rice dumpling might taste like when it’s unwrapped.  It’s a form of glutinous rice actually (i.e. rice in a sticky form). It is certainly much more flavourful than the normal white rice served on dinner tables. At the core of a rice dumpling is ingredients such as mushrooms, meat and nuts!

We hope you’ve enjoyed seeing the greetings from your favourite celebrities. There’s definitely many more celebs whom we haven’t had the chance to include in this list, but they’ve most certainly sent their greetings on Weibo for sure. Remember to check their profiles out on Weibo.

Have a Happy Dragon Boat Festival!